Christian Realism & Christopher Dawson: his WWII book on the Judgment of the Nations

This is a review of his book. Christopher Dawson has been a principal model in our attempt to tell the story of the nations as he did. He wrote as if God existed; and that it mattered to the life of nations. He would categorically reject any attempt to explain the relations of nations without an understanding of Divine Providence and the religious bonds of men. He would scoff that such a truncated de-sacralized view of human history would advertise itself as "realism." He knew what Pope John Paul II knew: that the Incarnation is the pivotal event in human history. We would add that Christ, born of a virgin, ordered public life on an apostolic fraternity of men from Galilee, and charged that sacred brotherhood to baptize those other public masculine covenants: the nations. The interplay of the one truly theocentric international organism - the Body of Christ - and the nations is the true story of Providence in human history. When Christian nationalists emerge from the  smokescreen of atheistic gender ideology, these new actors and personalities will reveal the spiritual, masculine, and covenantal character of nations in the Divine Drama. 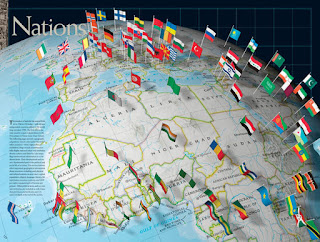 
"This great central truth (the Christian doctrine of the transformation of human nature in Christ) has been obscured and often forgotten by the religious individualism of the last two or three centuries which conceived salvation as a happy after-life to be attained by pious individuals as a reward of their moral perfections or religious practices. But the Christian idea of salvation is essentially social. It has its roots in the Old Testament in the conception of the People of God, and the prophetic teaching of the restoration of Israel and the progressive manifestation of the divine purpose in history... The mystery of the Incarnation is the birth of a new humanity through which man is incorporated into the unity of the Divine Body... All temporal events and all changes in culture are in some way to be related to this central reality."


An excellent lecture on the life and thought of Dawson by Gleaves Whitney.
Posted by Farmer at 2:30 AM