Captains Courageous: Kipling and Esolen on Boys to Men

Certainly one of the most fascinating professors in America is Anthony Esolen [who recently exited the hopelessly "PC" Providence College]. The man has a deep understanding of God’s purposes in creating two sexes:


"Look round. Not one road, building, airport, ship, truckload of food, pipe full of oil, string of wires binding the world – not one nation worth fighting for, nor any army that can fight – comes to us without the love that nowadays dare not speak its name, the camaraderie of men who unite to tackle a difficult or dangerous job."


The excerpt is from his review of Rudyard Kipling's sea yarn about a spoiled teenage boy who is hurled into the disciplined life of a fishing boat, and forced to quickly grow up. 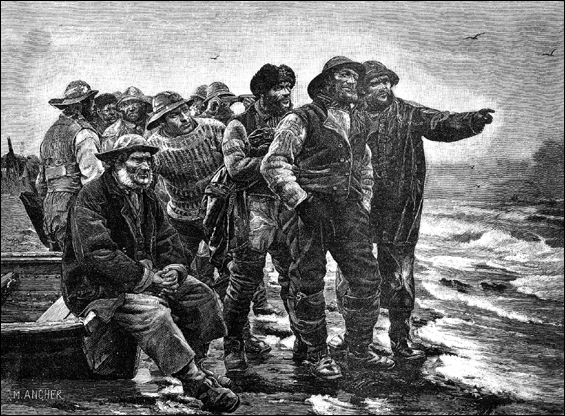 And this interview with Mr. Esolen from 2007 is full of straight talk about masculinity, such as the following:

"A man loves his own family, but he also loves his family by refusing to subject the entire civil order to the welfare of his family..."

"Jesus organizes [his apostles] into a battalion of sacrifice... He is remarkably sparing in his praise of them... From his apostles he seems to prefer the love that accompanies apprehension of the truth, rather than love born of his own affectionate actions toward them."


UPDATE:  This oldtime video in six parts [narrated in English] will give you a good understanding of the fishermen in Kipling's tale -- the individual dories that row away from the mother schooner to harvest the fruit of the sea.